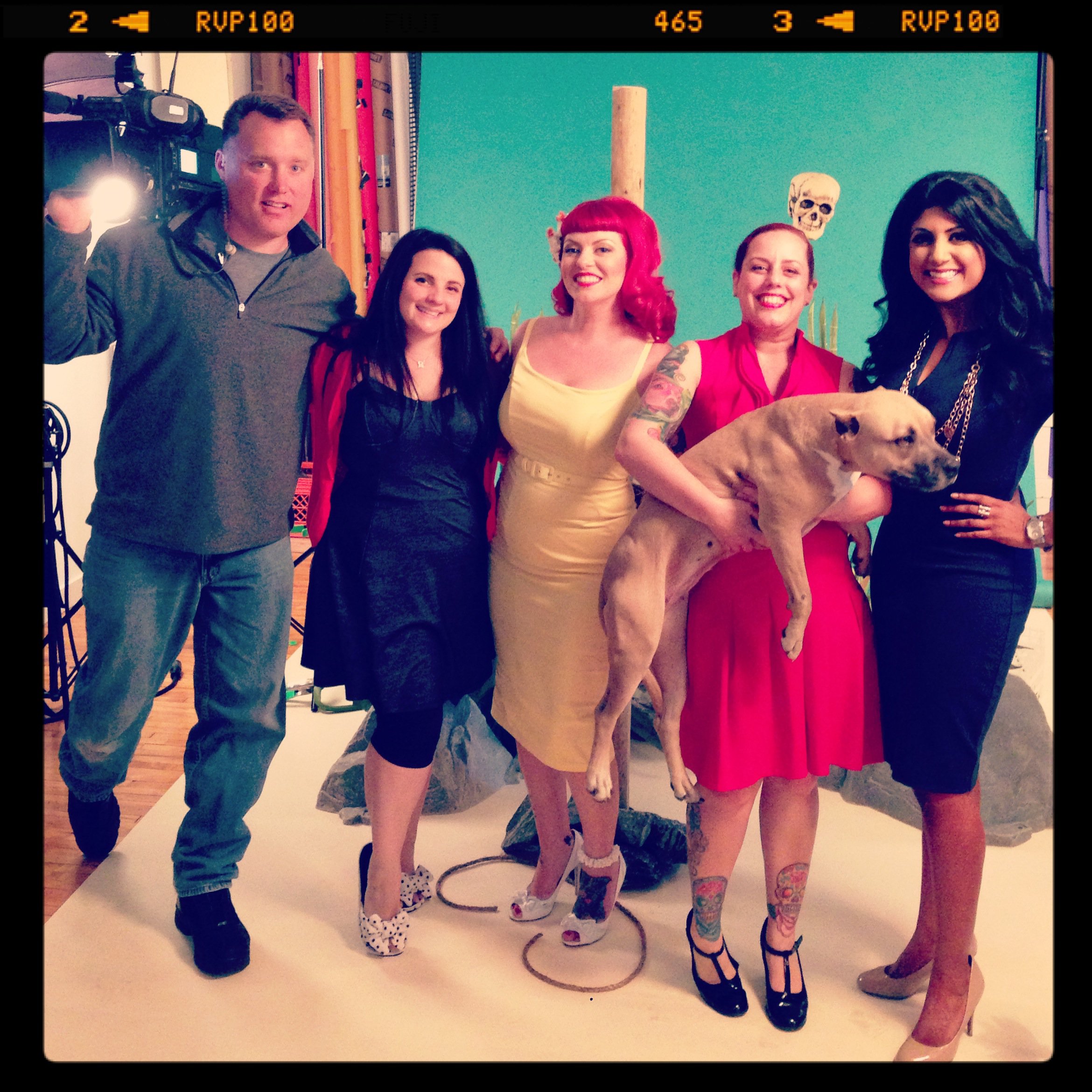 The organization Pinups for Pitbulls is shooting their 2014 calendar in a photography studio in Overbrook.

Deirdre Franklin started the group in 2005 to promote a better image for pit bulls.

Pinups for Pitbulls helps rescue organizations and brings awareness to issues like Breed Specific Legislation, which targets pit bull-type dogs and restricts — or even bans — people from owning that breed.

“We try to get that education out there and help people understand that there is a much broader issue going on,” Franklin says. “People need to spay and neuter their pets and use positive training instead of using choke, or force or shock, which a lot of people do which creates fearful dogs.”

The calendar is their biggest fundraising tool, and this year’s theme is “adventure.”