Written by
PFPB
Posted in
Uncategorized 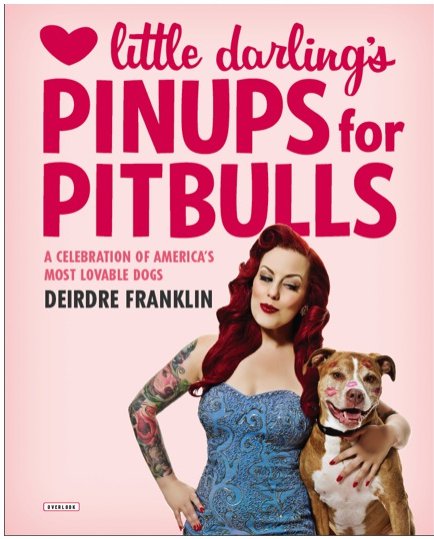 by Caitlin Byrd of Asheville Citizen-Times

ASHEVILLE – When Deirdre Franklin saw the display at the Biltmore Park Barnes and Noble store for her Saturday book-signing event, all she could think about was how her book will spread the message of her nonprofit, Pinups for Pitbulls.

“All I want in the world is for people to understand that they’re just dogs. They’re individual dogs who deserve a chance. This being out there is the best thing that could happen to this cause because people are going to pick it up and they’re going to learn something, and it’s just snuck right in between some really happy pictures,” she said.

Published a few weeks ago by The Overlook Press, an independent publishing company based in New York, Franklin’s new photography book “Little Darling’s Pinups for Pitbulls” is a visual extension of the work her organization has been doing for nine years.

Pinups for Pitbulls is not a rescue organization, Franklin said, but instead works to set the record straight when it comes to modern myths about the breed by providing educational materials and training resources for all dog owners and all people.