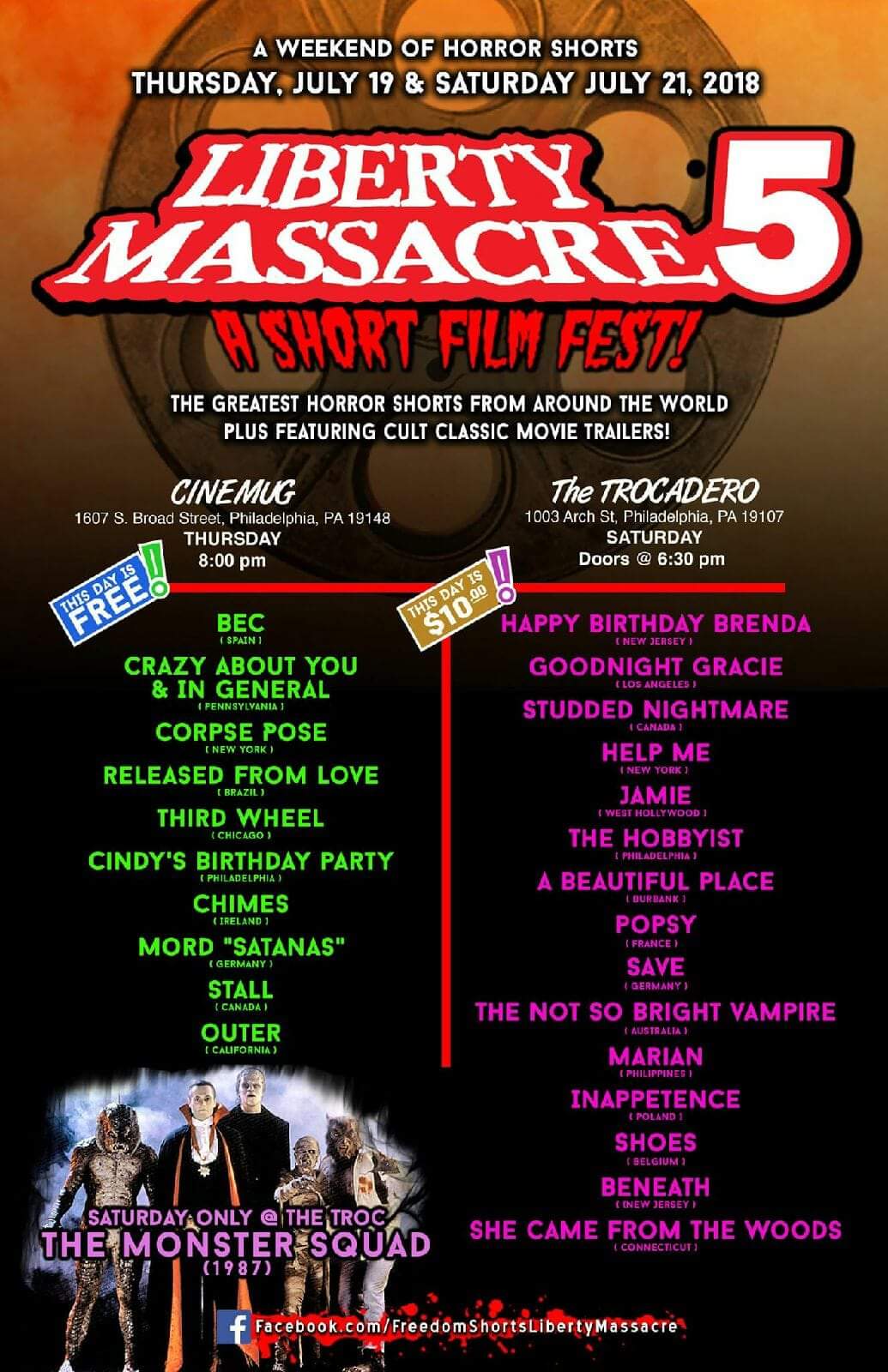 Meet Pin-Up Marlisa B. & Team at this awesome event!

Now entering it’s 5th year! Liberty Massacre brings you Horror Films from around the world with a weekend of all “HORROR” short films. Come see short films from around the world! You want to see the next up and coming horror film directors? COME out for a night of fun at the infamous Trocadero. You will also see CLASSIC HORROR MOVIE TRAILERS between the films. Venders! An awards show! A Taping of Average Superstar T.V. and the closing feature film at Liberty Massacre 5 will be THE MONSTER SQUAD!

Save (Germany) Directed by Ivan Sain-Pardo

The Not So Bright Vampire (Australia) Directed by Nick & Jim Zounis

She Came From The Woods (C.T.) Directed by The Blomquist Brothers

Five youngsters find themselves up against the combined might of Dracula, the Mummy, the Gill Man and Frankenstein’s Monster who arrive in town in search of a magic amulet.

We’ll have a light amount of merch available along with info about upcoming events, advocacy work, and more!